When Cara over at the Curvature remarked about John Travolta saying that "women have power I didn't know they had" about being groped, there was a comment about this being, essentially, a non-issue. The commentor suggested that Cara should "lighten up... it's painful to see people getting offended at such benign comments..."

It reminded me a little bit of a conversation taking place over at Shrug, about sexism in RPGs. The conversation was a little different- there, the conversation was about the casual sexism a group of RPGers were engaging in, and how much the intent (or lack of) should matter in regards to the response- but there are some similar aspects.

In both cases, I think that there's a form of apologism going on that borders on concern trolling.

It's hard to know exactly what Cara's commentor was getting at, since there wasn't any follow-up, but the suggestion seems to be that, since Travolta likely didn't mean to be offensive (since his comment was described as "benign"), it's wrong to take offense. That's pretty similar to the comment over at Shrub, where it was suggested that a person who takes offense to a comment has some kind of obligation to find out what the intent was behind a comment before taking offense.

This sort of attitude is interesting- it's essentially saying "Because I didn't know that I was being offensive, I can't have been offensive." Interestingly, I'd guess that people engaging in this form of apologism don't mean to engage in apologism, either. This kind of apologism ignores the ways that positions of relative power or authority can lead to bigotry, or how easy it can be to be ignorant about the experiences of other people when one is in a position of power. It's easy not to notice how many people go hungry when you're feasting on steak every night.

Travolta's comments come from a position of extreme power. He's an upper class, straight, white, male commenting about the experiences of women based on his experiences in costume, in a safe environment, with people he ultimately has some level of control and authority over. In other words, his comments about the experiences of women come from a place of extreme ignorance. I'll totally give him the benefit of the doubt and say that he probably didn't mean to be offensive, and may not even understand why his comment is offensive.

Why does that matter, though?

A lot of bigotry probably comes from a place of ignorance about The Other. There's a tendency to assume that our experiences are similar to the experiences of Other People. It seems to me that Travolta is doing one of two things: 1. Making fun of, and attempting to minimize, the harassment that women go through based on his time in costume. 2. Trying to make a generalization about women's experiences based on his time in costume.

Either he really believes that it's empowering when women are groped, or he's making light of it, as though it's not that big of a deal. In either case, it's likely to be coming from a place of ignorance.

I'm not sure that Travolta knows or cares about whether he's offending women. My impression is that he likely doesn't give a damn. There are, however, other people who might read his comments and not understand or know that they're offensive. They might chuckle along thinking that he's just cracking a good joke. It's only by engaging his comments and making our stance clear, and explaining why these sorts of comments are unacceptable and inappropriate that we can work to change the attitudes that lead to them.

That's why it's important to engage with people who use bigotted language in their day to day lives. When someone calls something "gay" or uses gendered insults like "being girly" or "pussy" to insult or deride other's, we have an opportunity to challange ignorance and help that person understand why those comments are insulting and how they contribute towards cultural bigotry. Because the person in these cases wasn't setting out to offend, it's more likely that sie will understand where the offense came from, and might try to avoid that in the future. Someone who is unintentionally sexist is more likely to be willing to address that than someone who is actively invested in being sexist.

Which is why I find comments like that so harmful. If we're not supposed to engage with people who say things that are ignorantly sexist, with whom are we supposed to engage? If we don't point out the things that people say that are casually biggoted, what do we address? When we ignore things that seem obviously sexist, we don't do ourselves any favors. Ignoring that kind of bigotry won't help us change things. Ultimately, I think it probably hurts us, because it helps normalize that kind of thing. When casual sexism goes unchecked or unremarked upon, others can cite it and look to it as a justification for other practices.

So, no, Travolta's comment wasn't benign.
His comments were offensive, and it's absolutely appropriate to call him on his shitty behavior. The only people that would profit from silence on the subject would be sexists, and I'm not really interested in helping them.
Posted by Rex Libris at 12:48 PM

Labels: concern trolls, feminism, feminism and film, In the Media, misogyny and manhood

"When we ignore things that seem obviously sexist, we don't do ourselves any favors. Ignoring that kind of bigotry won't help us change things. Ultimately, I think it probably hurts us, because it helps normalize that kind of thing. When casual sexism goes unchecked or unremarked upon, others can cite it and look to it as a justification for other practices."

I wholeheartedly agree with this post; I think this is very thoughtful and truthful.

Have you noticed, however, that in the last years when you try to talk to someone and point out the sexism of a remark or worldview, the person gets defensive and accuses you of being "politically correct?" I'm not sure how to get beyond their defenses. I myself am getting very tired of being silent in the fact of a lot of sexism, but it seems nowadays that when a feminist speaks up, people get verbally "loaded for bear" and go after the feminist with everything they've got. Any ideas on how to cope with that or get beyond their defenses?

Believe me, I'm interested...*sometimes* I've been able to challenge people successfully, but other times it's fallen flat on its face...any thoughts?

One thing I've been trying to do is to address the exact action that's bothering me, without starting with accusations of bigotry. My brother said that something was "gay" a few months ago, and I said to him "Would you mind not using 'gay' as an insult like that, because I have gay friends, and that's kind of hurtful." He was annoyed by being called on it, but I don't think I've heard him use it since then.

I'm not sure that's the best tactic, in general, though. I think it has the advantage of not sounding quite as accusatory- which might help prevent some of the defensiveness that comes from being told that you're acting like a bigot (especially if you're not meaning to). I also think it can help foster a dialogue- if you express why something bothers you, and ask the other person not to do it, there seems to be more potential for dialogue than if you accuse the other person of being a bigot. The problem, though, is that I think it still gives the other person room to interpret the criticism as being personal in nature. In other words, you're bothered by something, and the problem is with you, not with the action on that person's part. My brother might not use "gay" around me anymore, but there's no way for me to know whether he's internalized that and realizes that the problem isn't just that I think it's offensive.

Which is all a very long way of saying that I'm not sure yet. Perhaps this deserves a post all to itself, so that we can work out the best ways to confront bigotry when we see it?

I think that's a great idea! Another, separate post is a **wonderful** idea.:)

Thank you for posting on this. Maybe it's time for a return of the old-fashioned consciousness-raising group to address these issues, too...too much sexism is going unaddressed because feminists and feminist allies feel silenced. I agree with a whole separate post.:)

What you've written about here is by far the most common criticism that I receive on my blog. Not that what I've said is intellectually flawed, or that I've failed to take X into account but that I'm (in some variant form) "whining about something being offensive when it wasn't even meant to be offensive, it's just a joke, they didn't mean anything by it so lighten up."

And yeah, I come back to the same argument again and again: it doesn't matter if it was intentionally offensive, the fact is that it was offensive, and that needs to be dealt with. It constantly boggles my mind how people don't understand that you can be offensive even when you're not trying. And that's often the most insidious type of discrimination of all-- the type you've internalized to the point where it doesn't even seem offensive, anymore.

Scarred, I'm not sure if I have any useful advice about what to do, but I think the problem comes from a really different worldview.

A lot of people seem to implicitly think that racism, misogyny, and homophobia are fairly rare things in our society. The corollary to this is that racist beliefs are only held by racists, and racists are the sort of extreme aberrations from mainstream society who burn crosses on people's lawn. So when you say that what person X said is offensive, they think "No way! Person X wouldn't burn a cross." I think this is where "it wasn't intended to be offensive, so it must not be offensive" comes from.

This worldview presents a double whammy, because even if you can convince them something is technically problematic, it's not related to any systematic problems in our society, so it's still no big deal.

This is maybe not real helpful for your problem, since it seems like to get them to acknowledge your point, you have to tackle this huge underlying worldview. But maybe it provides a starting point? And I'd be curious to know if you guys think I'm accurately describing a conservative worldview; I only have a few conservative friends, and I'm always sort of mystified by their thought processes.

"A lot of people seem to implicitly think that racism, misogyny, and homophobia are fairly rare things in our society. The corollary to this is that racist beliefs are only held by racists, and racists are the sort of extreme aberrations from mainstream society who burn crosses on people's lawn."

Precisely. That's where a lot of this seems to come from. These people think that genuine racism, sexism, and homophobia are quite rare, and we all disagree; these things are extremely common. 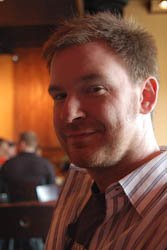